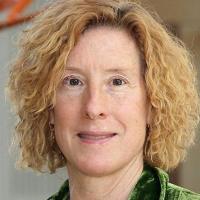 Brinson, who joined Duke in 2017 as the Sharon C. and Harold L. Yoh, III Professor in MEMS, brings extensive experience in academic leadership to the role, including service as associate dean for academic and professional initiatives in engineering and as department chair of mechanical engineering at Northwestern University.

Brinson’s research combines computational models, data science and physical experiments to lay the groundwork for developing new materials for applications ranging from cell phones to biomedical devices. She has won numerous awards, including the ASME Nadai Medal and the Humboldt Foundation Friedrich Wilhelm Bessel Prize, and is currently the PI of the NanoMetaMine project, a $5-million NSF-funded national consortium focused on building a data-driven framework for discovery of new polymer nanocomposites and structural metamaterials.

Prior to joining Duke, she served as associate dean for academic and professional initiatives at Northwestern University’s McCormick School of Engineering, where she coordinated development and promotion of a diverse array of research centers and consolidated leadership of eight professional master’s programs.

She previously served for six years as chair of Northwestern’s Department of Mechanical Engineering, where she led the department through growth in faculty and research expenditures, started a now flourishing departmental master’s program, promoted design curriculum across the school, and led development for the first endowed lecture in the ME department.