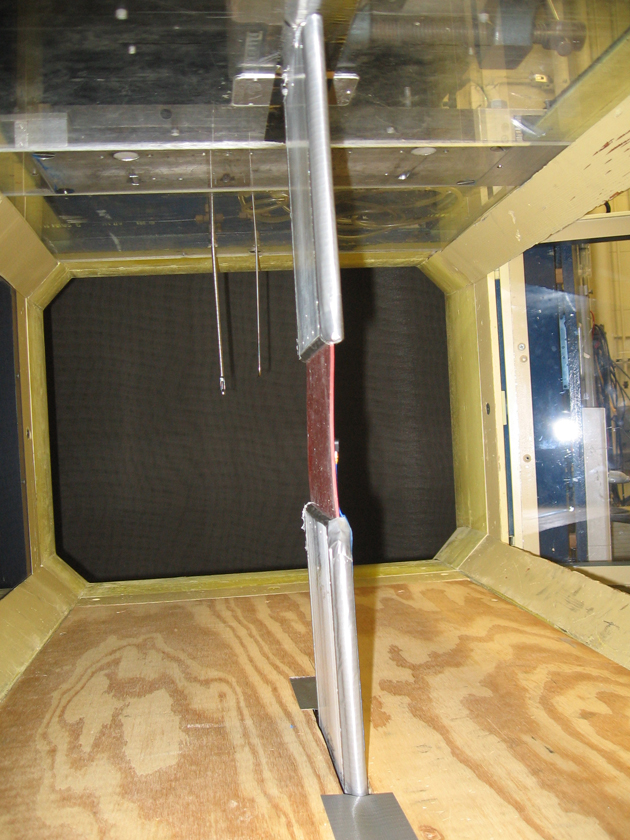 The Duke University Wind Tunnel is a subsonic wind tunnel that is located in the basement of the Hudson building annex. The wind tunnel is a large experimental apparatus that is used frequently for aerospace engineering research as well as undergraduate class projects. The wind tunnel itself is approximately 20 feet tall, and has a footprint of 40 feet by 10 feet. The test section of the wind tunnel, in which experimental models can be placed, is about 50 inches long and has a cross section of 20 inches by 28 inches. The air flow through the test section is driven by a 75 hp electric motor, and can reach air speeds up to 60 m/s. 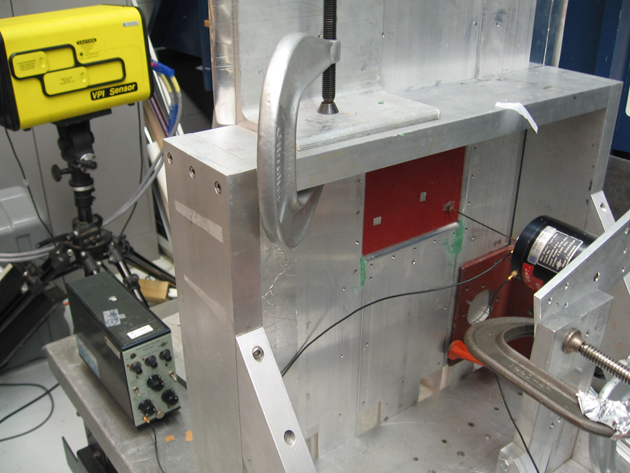 The Duke wind tunnel has a variety of data acquisition equipment. The air speed is measured by both a pitot static tube and a hot wire anemometer, calibrated specifically for the range of air speed for this particular wind tunnel. The signals from the two instruments are collected by a National Instruments DAQ system, and read by LabVIEW software on the wind tunnel’s dedicated computer. In addition, the DAQ system has one 8-channel current input module, three 8-channel voltage input modules, and one 8-channel voltage output module. Instruments for measuring experimental model motion include teardrop accelerometers, a laser velocity meter, pressure sensors and strain gauges. There is also a stand-alone spectrum analyzer that can acquire data and compute the frequency content and transfer function using on-board software.