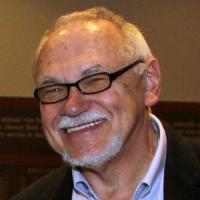 Professor of Civil and Environmental Engineering

Dr. Hueckel's research interest is in theoretical soil mechanics, rock mechanics, and environmental geomechanics, as well as in theory of plasticity. His current projects deal with thermo-plasticity and chemo-plasticity of clays, and in general in mechanics of materials composed of chemically reacting solids and liquids. He is interested in fundamental aspects of soil drying and cracking, and processes of soil aging and healing. The above subjects involve mathematical modeling and model driven laboratory experiments. He also is interested in basic aspects of theory of plasticity, such as stability and localization. His research is applied to hydraulic geo-barriers affected either by chemically hazardous liquids or nuclear waste heat, to prediction of petroleum production induced compaction and subsidence, as well as desiccation damage.