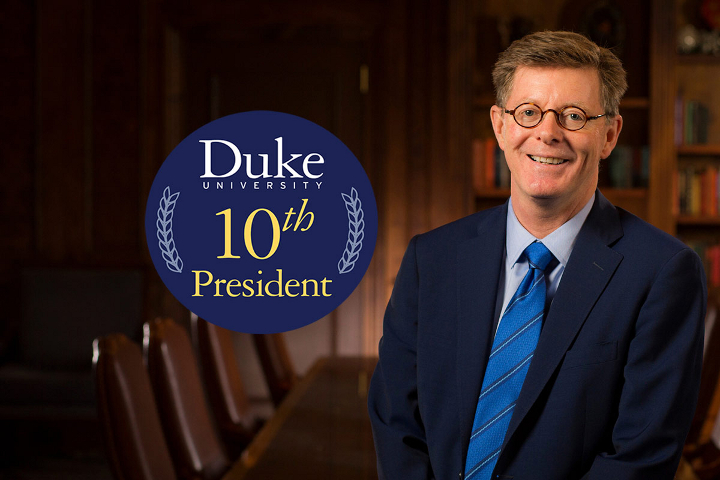 Vincent Price, provost of the University of Pennsylvania since 2009, has been elected Duke University's tenth president, announced David Rubenstein, chair of the university's Board of Trustees, on Friday.

In addition to being the chief academic officer at Penn, Price is the Steven H. Chaffee Professor of Communication in the Annenberg School for Communication and professor of political science in the School of Arts and Sciences.

Price, 59, was selected by Duke's Board of Trustees Friday morning. He will succeed Richard H. Brodhead on July 1, 2017. Brodhead announced in April that he planned to step down after 13 years as president.

"I am thrilled that Vincent Price has been named as our next president," said Ravi Bellamkonda, Vinik Dean of the Pratt School of Engineering. "We are fortunate to have experienced tremendous growth at Duke Engineering under President Brodhead’s leadership, and I am confident that we will grow to even greater heights under the leadership of incoming President Price.  He has an outstanding track record as a visionary and effective leader, most recently at an outstanding institution where ENIAC (one of the world’s first general-purpose computers) was built, and where biomedical and environmental research are strong.  As a result, I am confident that he is well-versed with the role, and the promise, of a strong engineering program in realizing Duke’s vision of helping to create and shape the world’s future."