The Physics of Wealth Inequality 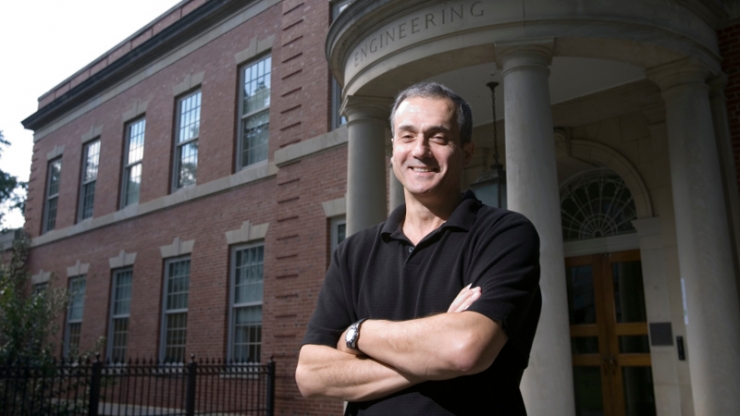 A Duke University professor has proposed an explanation for why the income disparity in America between the rich and poor continues to grow. It is, he says, part of the laws of physics.

"The laws of physics govern how things move, and nothing moves unless it is pushed," said Adrian Bejan, professor of mechanical engineering and materials science at Duke University. "Pushing requires power, and power requires fuel, whether it is food that powers the human body or gasoline that powers cars. And the amount of fuel consumed by a nation is directly related to its economic growth. So really, physics and economics are two sides of the same coin."

The physics law dictating income disparity and a variety of other phenomena is one that Bejan discovered in 1996. The constructal law states that in order to survive, any flowing system must evolve to increase its access to flow. For example, the human vascular system has evolved to provide blood flow access through a few large arteries that branch into many small capillaries. River systems and trees show the same evolution, he says.

In a new paper published on March 28, 2017, in the Journal of Applied Physics, Bejan argues that the same natural tendency governs the flow of goods, services and money in the world's economies.

All movement, he says, is naturally hierarchical. Our highway systems operate through a few large, high-capacity highways and many smaller, local roads. The fleet of vehicles upon them shows the same trend, with fewer large semis and busses moving big loads over long distances while many smaller passenger cars carry local individuals. Even the animal kingdom exhibits this design, with enormous species containing few individuals that travel long distances and tiny species with many individuals who stay relatively in the same place, all living together on the same finite area.

"If movement is hierarchical, naturally, then so is the wealth," said Bejan.

Society began, Bejan says, as little more than a group of huts, with everyone being more or less equally poor. As communities built paths and became more connected, movement began to increase, as did their economies -- and wealth inequality. This never-ending trend is alive and well today with globalization, where the ever-expanding movement of goods continues to create greater nonuniformity in the distribution of wealth over the population.

As time moves forward and societies evolve, movement and energy consumption grow and economic disparities naturally become greater. There is, however, a caveat.

"As wealth inequalities grow, the population demands more equality," said Bejan. "With developed representative governments, laws are passed to push the line back toward more equality. But as time moves on, the inequality begins to grow again and people are always curious as to why inequality is difficult to erase. This phenomenon is a natural law of physics, and as such it cannot be avoided."

"Indeed, some governments have tried to impose equality overnight, leading to tragic results," Bejan said. "Just look at the Bolshevik Revolution. Within days of trying to install universal equality, there were already government insiders and party leaders who had enormous power and wealth. Today in Russia oligarchs have the wealth. Physics always wins."

This research was supported by the National Science Foundation.