Keeping Airplanes, Rockets and Helicopters in the Sky 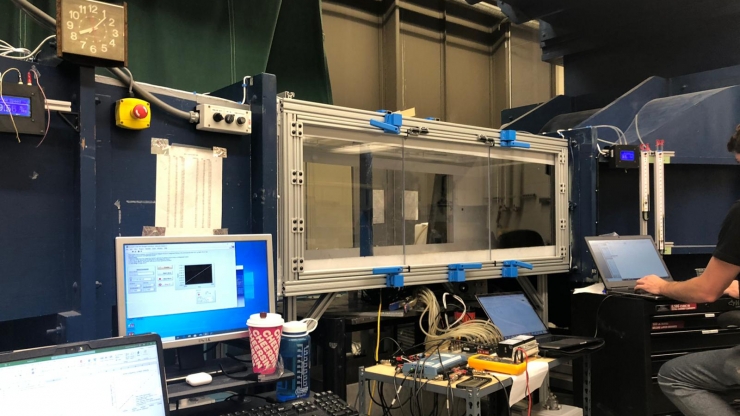 The wind tunnel at Duke University has tested aerodynamic designs for the GUIde Consortium for decades.

Events affect everyone differently and can have deep impact on their present and future. One such event happened on the morning of January 8, 1989, during a routine scheduled flight from London’s Heathrow Airport to Belfast International Airport, Northern Ireland.

A fan blade in the left engine broke. However, indicators on this new edition Boeing 737-400 made the pilots believe that the issue was with the right engine. As a result, the actual functioning engine (the right one) was shut down while the damaged engine (the left one) was filled with fuel, igniting it. The pilots attempted an emergency landing at East Midlands Airport, but crashed onto a motorway near Kegworth, England. Forty-seven people lost their lives and even more sustained serious injuries in this aerospace disaster.

This unfortunate event inspired one particular student to go work for General Electric to improve jet engines. Thirty years later, Robert Kielb, professor of the practice of mechanical engineering and materials science, now teaches vibrations at Duke University, after studying the field of turbine engines at General Electric and NASA.

Similar to Kielb, the faculty who make up the Aeroelasticity Laboratory at Duke University have a commitment to improve the technologies that govern the development of airplanes, rockets and helicopters, and help them reach the sky and beyond. Located within the Thomas Lord Department of Mechanical Engineering and Materials Science (MEMS), the laboratory focuses on three main research efforts to solve present-day problems in aerospace engineering: experimental testing in a low-speed wind tunnel, rigorous theoretical models and large-scale computational simulations. Recent advances include hypersonic beam and plate dynamics, helicopter rotor wake simulations, embedded compressor-rotor interaction and vortex-induced vibrations of turbines, among many others.

The history of the group is as diverse and unique as its members, and to understand it well, we talked to the longest-tenured member of the Aeroelasticity faculty: Earl Dowell, the William Holland Hall Distinguished Professor of MEMS. 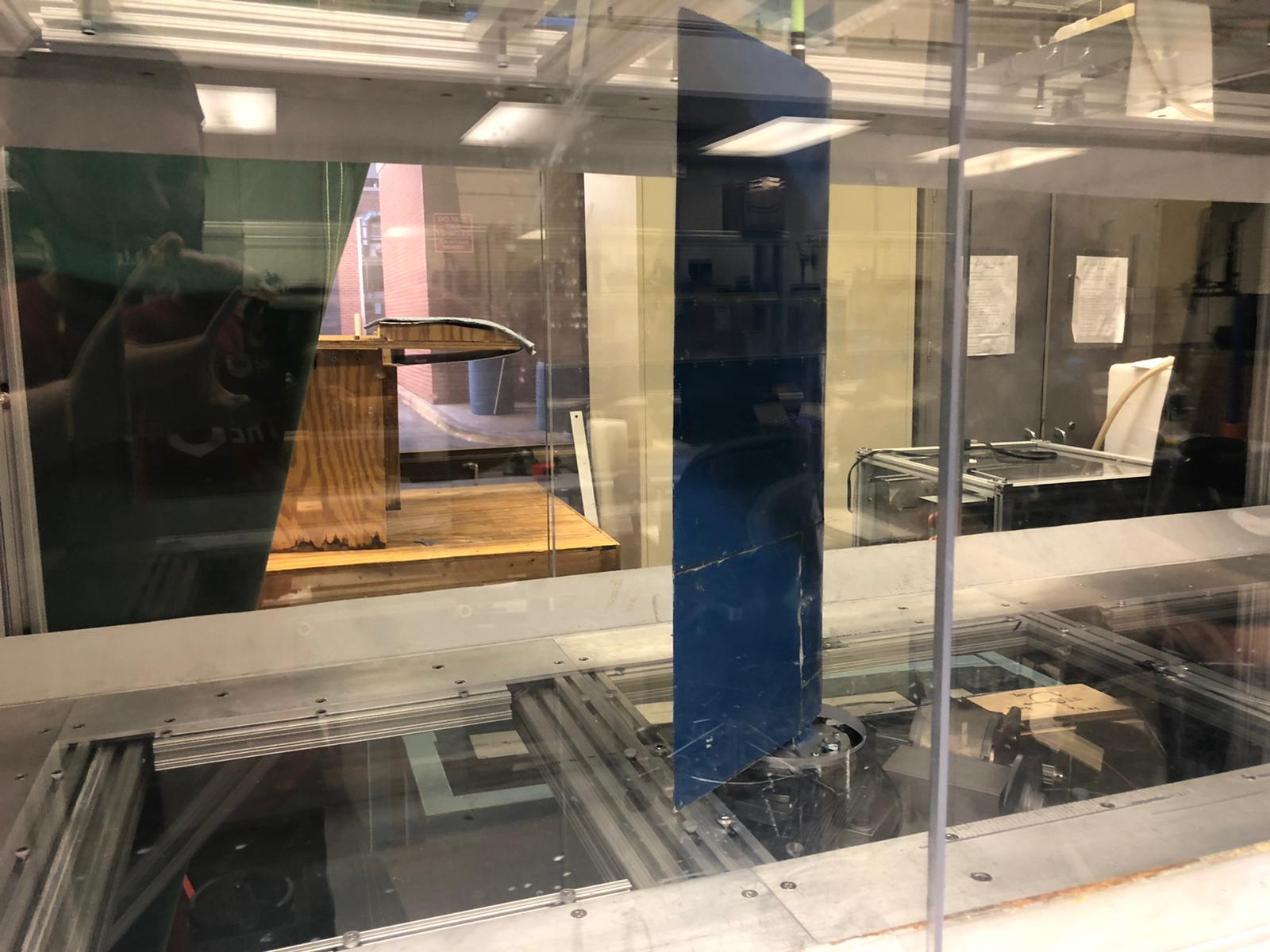 The Birth of the Aeroelasticity Laboratory

When Dowell first came to Duke back in 1983, aeroelasticity was a new activity for the School of Engineering. Coming from Princeton University, he had been with experts in fields like fluid mechanics, dynamics and structural mechanics individually, but those fields were not often being studied together at most universities. Duke’s strong interest in interdisciplinary research provided a unique opportunity to study these fields together; thus, the Aeroelasticity Laboratory was born.

With time, additional members joined. Lawrence Virgin was a post-doc under Dowell and has since stayed at Duke, going on to become a professor of MEMS and Civil and Environmental Engineering (CEE), chair of the latter for a time, and currently running the Non-linear Dynamics Laboratory. Donald Bliss, associate professor of MEMS, brought in his knowledge and expertise in aerodynamics and acoustics. In 1990, Kenneth Hall, now the Julian Francis Abele Distinguished Professor of MEMS, joined the faculty after working at United Technologies Research Center (UTRC), where he was working as an engineer. Hall—who would later serve six years as the chair of MEMS—works on unsteady aerodynamics and aeroelasticity, with a focus on aeromechanical problems in turbomachinery.

During the time when the group was growing, Dowell had the additional responsibility of being the dean of Duke Engineering. On being asked how he handled the lab responsibilities while serving as the dean, his response was as insightful as his work.

“As the dean, I had to take a broad view of not only the department, but of the entire school of engineering,” said Dowell. “I definitely did not want to feather my own nest, so to speak. So I just focused on looking for good people to hire. Nobody studies the same thing for their entire career anymore, so I focused on faculty and students who displayed strong characteristics, regardless of what they may have previously been working on. For example, after the start of my research in aeroelasticity, I then turned to the study of nonlinear dynamics and chaos, but now I focus more on aerodynamics, limit cycle oscillations and developing reduced order models.”

Acronyms are popular with the lab, as it also participates in the THRUST Master’s Program, a two-year international program with partner universities in Sweden and Belgium. Receiving funding from the European Union, students study turbomachinery aeromechanics at KTH in Stockholm, complete a summer internship at any aerospace company, and then spend a year completing their Master’s degree and a research project at either Duke or Universite de Liege in Belgium.

“Nobody studies the same thing for their entire career anymore, so I focused on faculty and students who displayed strong characteristics, regardless of what they may have previously been working on.”

Kielb has been an integral part of this program for all 10 years so far, teaching one of its fundamental courses and advising students who choose to attend Duke for year two. Upon completion, students receive two master’s degrees, which is unique to this program, the only one of its kind at Duke.

The Aeroelasticity Laboratory’s projects are not just limited to Duke; one prominent involvement is within the GUIde Consortium. Standing for Government, Universities, and Industry, this consortium researches issues in turbomachinery. Projects come directly from engine companies, while quarterly updates provide constant communication between the researchers at the partner universities.

The GUIde Consortium began at Carnegie Mellon University in 1991 to study high-cycle fatigue problems in engines. Funding came from multiple industries as well as the US Air Force and NASA. In the early 2000s, GUIde moved to Duke University, where it remains today. GUIde 6, the sixth iteration of projects, kicked on in 2019, with Duke focusing on forced response, nonsynchronous vibrations and system identification techniques.

Over the years, faculty have won multiple national awards from organizations such as the American Institute for Aeronautics and Astronautics (AIAA), the American Society of Mechanical Engineers (ASME), the National Academy of Engineering, and more. What sets this group apart from other lab-oratories, however, is the interdisciplinary nature of projects between members, using cutting-edge techniques to solve present-day issues.

Bliss and Dowell published papers on the use of piston theory to study unsteady aerodynamics, especially in hypersonic flow, which is flow moving at speeds five times greater than the speed of sound. Hall and Thomas developed a harmonic balance computational tool to study unsteady aerodynamics in cascades of airfoils, which has even been used to study turbomachinery aeromechanics problems with Kielb. Virgin and Kielb studied nonlinear dynamics in fan blades and stator vanes—work that won a John P. Davis award from ASME. Dowell also worked with Kielb and Thomas to study vortex-induced vibrations on an airfoil experiencing nonsynchronous vibrations.

There are few labs with the unique level of collaboration on all facets of modern-day aerospace research quite like the Aeroelasticity Laboratory. So here’s to decades of excellence in aerospace engineering at Duke University thus far, and many more to come.

Richard Hollenbach and Shreyas Hegde are PhD students in mechanical engineering studying aerodynamics and vibrations in turbomachinery under Robert Kielb within the Aeroelasticity Laboratory.