Huang Elected to the National Academy of Inventors 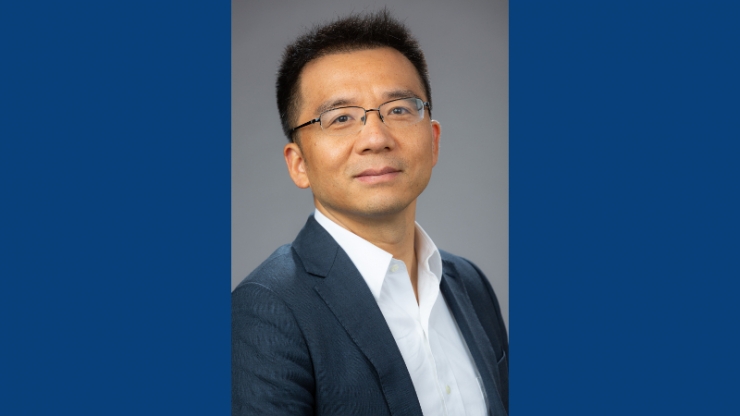 Tony Jun Huang, the William Bevan Distinguished Professor of Mechanical Engineering and Materials Science, has been elected to the 2020 class of fellow of the National Academy of Inventors (NAI).

Founded in 2010, the NAI recognizes academic inventors for their spirit of innovation in creating or facilitating outstanding inventions that have made a tangible impact on the quality of life, economic development and welfare of society. The announcement brings the number of NAI Fellows in the Pratt School of Engineering to 10. Professors Kathryn Nightingale and Blake Wilson were elected in 2019; Nimmi Ramanujam, Joseph Izatt and Tuan Vo-Dinh were elected in 2017; David R. Smith and Jennifer West in 2016, and Robert Calderbank and Ashutosh Chilkoti in 2014.

Huang is a pioneer of "acoustic tweezers" technology, which uses sound waves to separate and manipulate micro/nano particles within liquid samples to address challenges in biological studies, medical diagnostics and therapeutics. Huang's inventions on acoustic tweezers enable precise, dexterous, biocompatible manipulation of bioparticles across a wide range of length scales, from nanometers to centimeters, in complex fluids such as aqueous solutions, blood and sputum.

For example, his group has developed automated point-of-care devices for the isolation of exosomes, nanosized extracellular vesicles that have been identified as a potentially transformative circulating biomarker for the diagnosis and prognosis of multiple diseases including cancer, Parkinson's disease, Alzheimer's disease and cardiovascular diseases. He has also proven that his acoustic tweezers technology can achieve an exosome separation yield roughly 16 times higher than gold-standard technologies while being more than 100 times faster. With these advantages, his inventions have the potential to significantly exceed current industry standards and address many unmet needs in biology and medicine.

Since joining Duke's faculty in 2016, Huang has developed a wide array of technologies in this vein. For example, he is pursuing lab-on-a-chip technology that can manipulate individual droplets by having them ride soundwaves in oil and various transducer configurations that can concentrate and separate particles within Petri dishes.

Under Huang's mentorship, many of his PhD students and postdocs have become prolific inventors themselves. Sixteen have become tenured or tenure-track faculty members at research universities such as the University of Texas, Austin, University of Colorado, Boulder, Indiana University, University of Iowa, West Virginia University, Mississippi State University, ETH Zurich (Switzerland), and University of Birmingham (UK). After starting their independent careers, two of his former doctoral students have been selected to receive the NIH Director's New Innovator Award.

"I am extremely honored and humbled." said Huang, "During my career, I have had the privilege to work with the most brilliant, devoted, terrific and generous mentors, colleagues, students and postdocs. They have helped and inspired me tremendously while enabling my career. I think that the only way for me to return the favor is to work harder to push these technologies to directly benefit many patients and help provide better disease diagnosis, medical treatment and health care to the world."

NAI Fellows will be inducted into the organization at the 10th Anniversary Annual Meeting event in Tampa, Florida, June 7-9, 2021.