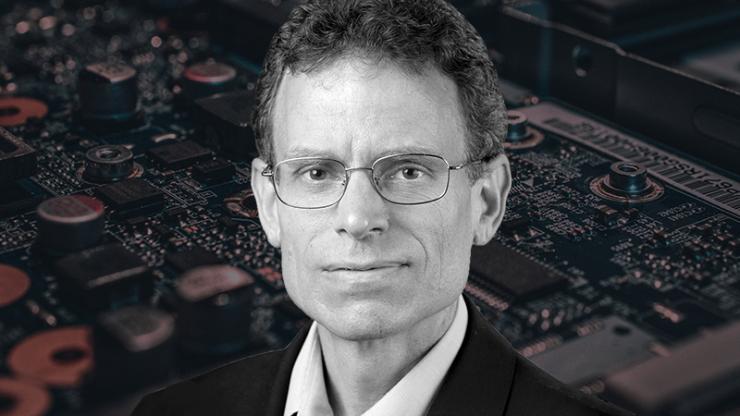 David Mitzi, the Simon Family Professor of Duke Engineering and a faculty member in the Department of Mechanical Engineering and Materials Science, has won the 2020 American Chemical Society National Award in the Chemistry of Materials, sponsored by DuPont.

To gain consideration for the award, which was established in 1988, a nominee must have made outstanding contributions to the chemistry of materials that have an actual or potential technological importance.

The focus of Mitzi's work is on designing low-cost, high-performance materials for the solar energy market. The award nomination cited his "pioneering contributions to the discovery, fundamental chemistry, processing and application of halide perovskite semiconductors."

"Halide perovskite semiconductors are now being developed for next-generation solar cells, as well as light-emitting diodes, photodetectors, spintronics, quantum wells, and even low cost, high-sensitivity radiation detectors for medical imaging," said David Ginger, Kwiram Professor of Chemistry and Chief Scientist of the University of Washington Clean Energy Institute, who nominated Mitzi for the award. "This field stands today, in no small part, on a series of seminal papers, spanning over two decades, in which Mitzi and his group pioneered crystal growth, film formation, and structure-property studies within the halide perovskite semiconductor family."

"It's hard to believe now, but there was a time when these materials were basically curiosity items."

"Look almost anywhere that matters in the field of energy materials, and you're going to see perovskites mentioned over and over again," said Stephen Craig, the William T. Miller Professor of Chemistry at Duke University and a colleague of Mitzi. "It's hard to believe now, but there was a time when these materials were basically curiosity items. David's work was insightful and years ahead of its time, and it ultimately changed the landscape of materials used for energy and optoelectronics."

Mitzi received his B.S. in Electrical Engineering and Engineering Physics from Princeton University in 1985 and his Ph.D. in Applied Physics from Stanford University in 1990. Prior to joining the faculty at Duke in 2014, Dr. Mitzi spent 23 years at IBM's T.J. Watson Research Center; in his final five years at IBM, he served as manager for the Photovoltaic Science and Technology Department.

Mitzi holds a number of patents, and has authored or coauthored more than 200 papers and book chapters. He was named a "Highly Cited Researcher" in the field of materials science by Clarivate Analytics in 2018, putting him in the top one percent by number of published paper citations.

Mitzi was one of three chemists with Duke affiliations honored with ACS awards. Read about the others on Duke Today.