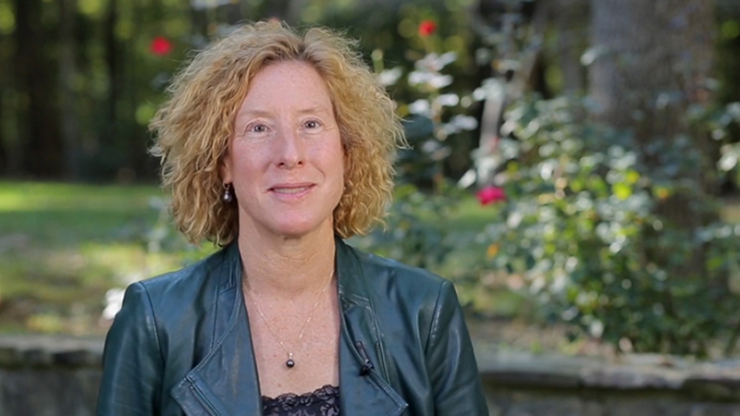 Duke University mechanics and materials engineer Cate Brinson is the 2022 recipient of the A.C. Eringen Medal given by the Society of Engineering Science (SES) “for her seminal contributions in the modeling and characterization of polymer nanocomposites and shape alloy materials.”

Brinson, who is the Sharon C. and Harold L. Yoh, III Distinguished Professor and Donald M. Alstadt Chair of the Thomas Lord Department of Mechanical Engineering and Materials Science, will receive an award of $2,000. She will also deliver the Eringen Medal Lecture at the SES 2022 Annual Meeting at Texas A&M University, tentatively scheduled for October 16-19.

“Cate’s selection is a fitting recognition of her impactful contributions to the modeling and characterization of polymers, polymer nanocomposites and shape memory alloys and her assiduous leadership and service to the mechanics and materials community,” said Nancy Sottos, the Maybelle Leland Swanlund Endowed Chair of the Department of Materials Science and Engineering at the University of Illinois Urbana Champaign, who nominated Brinson for the award.

Brinson is an internationally recognized expert in both the mechanics and materials science of soft matter, which are materials easily deformed by external forces or temperature changes. Brinson’s research combines computational models, data science and physical experiments to lay the groundwork for developing new materials – often polymer nanocomposites – for applications ranging from cell phones to biomedical devices.

In addition, Brinson has served in various leadership and service roles with SES, including as a board member from 1996-2000, vice president in 1998 and president in 1999. She started the organization’s very first website and maintained it for about a decade and has organized multiple symposia for SES as part of the annual conference.

“This society's focus at the intersection of materials, mechanics, engineering, physics and mathematics has always inspired me, and I have learned so much by participating in the excellent conferences and workshops hosted each year,” said Brinson. “SES is always at the leading edge–integrating across disciplines, with work spanning scales and modes, and continuously paving the way for exciting new applications. I am thrilled to be recognized by SES and humbled by the history of outstanding researchers and pioneers who have preceded me."

The A.C. Eringen Medal, established in 1976, is given annually by SES to recognize sustained outstanding achievements in engineering science. It honors Ahmed Cemal Eringen, a pioneer in the field of continuum mechanics who co-founded SES in 1963.

Brinson has won numerous awards from her peers, including the ASME Nadai Medal and the Humboldt Foundation Friedrich Wilhelm Bessel Prize. She is currently the principal investigator (PI) of the NanoMetaMine project, a $5-million National Science Foundation (NSF)-funded national consortium focused on building a data-driven framework for the discovery of new polymer nanocomposites and structural metamaterials. She is also the PI of the $3-million NSF-funded aiM-NRT "AI for Understanding and Designing Materials (aiM)/National Research Traineeship Program (NRT)." This new graduate training program provides PhD students with integrated training for both materials and computer science to advance the frontiers of research and training in this new convergent field.

Prior to joining Duke in 2017, Brinson served as associate dean for academic and professional initiatives at Northwestern University’s McCormick School of Engineering, where she coordinated the development and promotion of a diverse array of research centers and consolidated leadership of eight professional master’s programs.