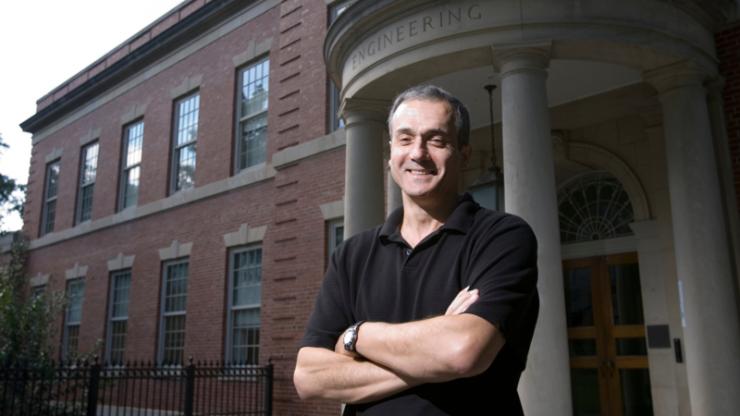 The award recognizes an outstanding contribution toward a better public understanding and appreciation of the engineer’s worth to contemporary society. Bejan was cited for “permanent contributions to the public appreciation of the pivotal role of engineering in an advanced society through outstanding accomplishments as an engineering scientist and educator, renowned communicator and prolific writer.”

“Engineering is essential for the creation of an advanced society,” said Bejan. “Without engineering, civilization doesn’t exist. Becoming an advocate of this truth to the general public—and my own peers—was never something I planned to do. It just happened.”

Bejan credits two of his books written for a general audience as the genesis of his receiving the award—“Design in Nature,” published in 2012, and “The Physics of Life,” published in 2016. In both publications, Bejan explains how the constructal law of physics, which he penned in 1996, underpins the natural organization and evolution of everything in nature from rivers to society, providing a single unifying law that accounts for the architecture of all flow systems.

He also explains why engineering and technology are pivotal pieces of our modern society.

“Technology is the great liberator,” he wrote in the latter of his books. “As Professor Peter Vadasz wrote, ‘Any society has as much freedom as the available technology can provide and support.’”

Bejan has also written on the subject of the role of engineers in modern science and how they are often unfairly viewed.

“Few things bother me more than when I hear my peers speak of ‘engineers and scientists,’” said Bejan. “Are we really two kinds of animals, like cats and dogs? I once heard an explanation of engineers as being those who make things based on the discoveries given to them by scientists. I had no idea that engineers were that inferior, but unfortunately, this is the common impression, and we are guilty of propagating it. I want to change that.”

Bejan will receive the Ralph Coats Roe Medal at the Honors Assembly gala during the International Mechanical Engineering Congress & Exposition in Tampa, Florida on November 5, 2017.