Wes's presentation is centered around  optimizing Navy aircraft carrier operations. Carrier decks are particularly dangerous because of the complex interactions between humans and powerful machines. In this presentation, Wes presents research aimed at determining the optimal distribution of carrier deck personnel through agent based modeling that a) minimizes the risk to the carrier deck personnel, b) ensures optimal scheduling to reduce the time between aircraft launches and c) reduces operating costs associated with carrier operations. 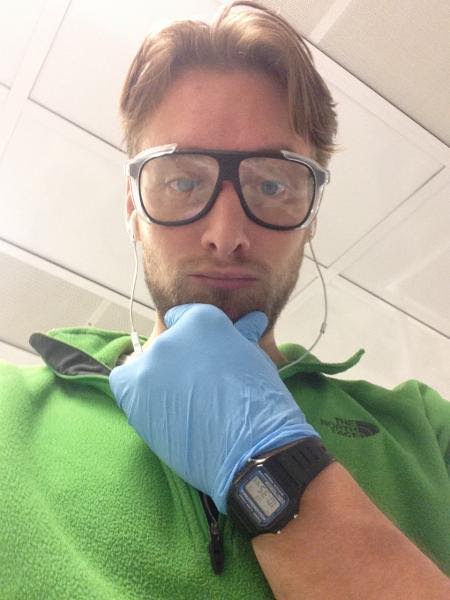 Wes Ross earned his B.S. degree in computer engineering from the University of New Mexico in May 2011. As a IGERT WISeNet trainee, Wes’s previous research has focused on the fusion of behavioral sensoring and human driver models for applications in ground vehicles to maximize combined vehicle and driver performance.  See the WISeNet Experiment on Intelligent Sensing and Control for Automotive Human Machine Interface and his IEEE CDC publication for more information about his work.  His current research is focused on agent based modeling of heterogeneous environments in which machines and humans work together.  Outside of the lab, Wes is an active member of the departmental graduate student committee and of the outdoor student-lead leadership group called Building Outdoor Leaders and Doers (BOLD).  He expects to graduate in Dec, 2017.