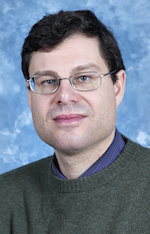 We will present a unified approach to describe the combined behavior of the atomic and magnetic degrees of freedom in magnetic materials. Using Monte Carlo simulations directly combined with first principles the Curie temperature can be obtained ab initio in good agreement with experimental values. The large scale constrained first principles calculations have been used to construct effective potentials for both the atomic and magnetic degrees of freedom that allow the unified study of influence of phonon-magnon coupling on the thermodynamics and dynamics of magnetic systems. The MC calculations predict the specific heat of iron in near perfect agreement with experimental results from 300K to above Tc and allow the identification of the importance of the magnon-phonon interaction at the phase-transition. Further Molecular Dynamics and Spin Dynamics calculations elucidate the dynamics of this coupling and open the potential for quantitative and predictive descriptions of dynamic structure factors in magnetic materials using first principles derived simulations.

This Work is sponsored by the U.S Department of Energy, Office of Basic Energy Sciences, Materials Sciences and Engineering Division, the “Center for Defect Physics,” an Energy Frontier Research Center, and by the Office of Advanced Scientific Computing Research. This research used resources of the Oak Ridge Leadership Computing Facility at the ORNL, which is supported by the Office of Science of the U.S. Department of Energy under Contract No. DE-AC05-00OR22725.

Dr. Eisenbach is a computational scientist at the National Center for Computational Sciences at Oak Ridge National Laboratory. His expertise lies in first principles calculations for magnetic materials and large scale scientific computing. He received his undergraduate education at the University of Bristol, UK and the Technical University Darmstadt, Germany with degrees in Maths and Physics. He received his Ph.D. in Theoretical Physics from the University of Bristol in 2001 where he worked on magnetism in nano-structured materials. He continued working on non-collinear magnetism and relativistic first principles calculations for metals and alloys as Postdoc in the Materials Science and Technology Division at ORNL before joining the Scientific Computing group at the National Center for Computational Sciences at ORNL. He is the key developer of the relativistic linear scaling multiple scattering code (rel-LSMS) and the Wang-Landau LSMS method for first principles finite temperature calculations of magnetic systems. He was a co-recipient of the SC’08 Gordon-Bell prize for his contribution to the DCA++ code development and the SC'09 Gordon-Bell prize for the Wang-Landau-LSMS code.