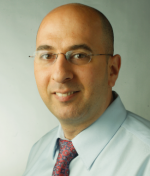 Emerging surgical paradigms such as natural orifice surgery and minimally invasive surgery in deep surgical sites present new challenges to surgeons and engineers. These new challenges stem from the limitations of surgeon’s sensing, perception and incomplete situational awareness.  To overcome these challenges, a new class of intelligent surgical robots has been developed at the speaker’s lab. These robots range from continuum robots with force sensing and contact detection capabilities to elastomeric electrode arrays capable of traversing anatomical passageways in the inner ear. A new concept of complementary situational awareness is put forward and illustrated within the context of several surgical scenarios. This concept introduces surgical robots as tools that extend beyond augmenting manipulation skill by enabling augmentation in sensing and in assisting surgeons in completing surgical tasks despite incomplete perception and situational awareness of complex surgical scenes. The talk will describe new design, modeling and control approaches for intelligent surgical robots including parallel and continuum architectures. Examples of recent surgical applications benefiting from the above mentioned concepts will be presented. These examples will include minimally invasive surgery of the airways, single port access surgery, transurethral bladder cancer resection, cochlear implant surgery and OCT-guided retinal micro-surgery.

Dr. Nabil Simaan received his Ph.D. in mechanical engineering from the Technion—Israel Institute of Technology, in 2002. His Masters and Ph.D. research focused on the design, synthesis, and singularity analysis of parallel robots for medical applications, stiffness synthesis and modulation for parallel robots with actuation and kinematic redundancies. His graduate advisor was Dr. Moshe Shoham. In 2003, he was a Postdoctoral Research Scientist at Johns Hopkins University National Science Foundation (NSF) Engineering Research Center for Computer-Integrated Surgical Systems and Technology (ERC-CISST), where he focused on minimally invasive robotic assistance in confined spaces under the supervision of Dr. Russell H. Taylor. In 2005, he joined Columbia University, New York, NY, as an Assistant Professor of mechanical engineering and the Director of the Advanced Robotics and Mechanisms Applications (ARMA) Laboratory. In 2009 he received the NSF Career award for young investigators to design new algorithms and robots for safe interaction with the anatomy. In 2010 he joined Vanderbilt University as an Associate Professor and was promoted to the rank of a Professor in 2017. He is a Senior Member of the IEEE. He served as an Editor for IEEE International Conference on Robotics and Automation (ICRA) (2013-2015), Associate Editor for IEEE Transactions on Robotics (TRO) (2012-2016), Editorial board member of Robotica, Area Chair for Robotics Science and Systems (2014, 2015) and Corresponding Co-Chair for the IEEE Technical Committee on Surgical Robotics.