MEMS Seminar: From Microfluidics to Polymer Microgels to their Biological Applications 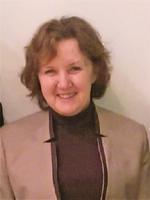 Polymer microgels with dimensions in the micrometer size range and precisely controlled size, composition and structure can be effectively synthesized or assembled using microfluidic methods. The method utilizes microfluidic emulsification of the precursor solution of the biopolymer and subsequent gelation of precursor droplets using chemical or physical crosslinking. This presentation reviews recent progress of our group in the  microfluidic generation of microges from biological and synthetic polymers and their applications in biology and medicine.

The microgels were used for the encapsulation of cells, thereby providing the ability to control the shear forces imposed on cells, the ease of cell visualization, the reconfigurability of the cell-laden hydrogel modules, and the transport of oxygen, nutrients, growth factors, and waste. A particularly interesting application of microfluidically generated cell-laden polymer microgels includes high-throughput generation of vast combinatorial libraries of cellular microenvironments with different compositions and biophysical properties. We show the effect of the properties of these microenvironments on stem cell fate.

In another project, we proposed a microfluidic platform that reproduces the obstruction of blood vessels with blood clots, and enables studies of lysis of emboli under physiologically relevant flow conditions. Fibrin microgels were used as model clots, since fibrin is a major structural component of thrombi. For the microgels with controlled compositions, dimensions, structures, and mechanical properties, we examined confinement-induced clot deformation, strain-induced changes in structure and clot lysis with thrombolytic agents. The utilization of the microfluidic platform provided new insight into the relationship between the structure, properties, and lysis of obstructive clots, and can be used for the development of effective therapeutic treatments of thromboembolism.

Finally, we have developed a microfluidic platform for the growth of vast arrays of uniformly sized multicellular cancer spheroids in hydrogels with a range of properties. This platform shows promising applications in high-throughput screening of anticancer drugs.

Eugenia Kumacheva received her undergraduate degree and M.Sc. degree in The Technical University (Saint Petersburg) and her Ph.D. degree in Physical Chemistry of Polymers (Russian Academy of Sciences). She was Minerva Foundation Postdoctoral Fellow at the Weizmann Institute of Science. In 1996, she joined the University of Toronto as an Assistant Professor and was promoted to the ranks of Professor in 2005. She was Visiting Professor at the Universities of Cambridge, Oxford and Harvard, Moscow State University, Universitè Louis Pasteur and the University of Bayreuth. Since 2006, she is Canada Research Chair in Advanced Polymer Materials (Tier 1).

Among her awards are Killam Fellowship, Macromolecular Science and Engineering Award, Clara Benson Award (CIC), Schlumberger Scholarship (U.K.), International Chorafas Foundation Award in Physics and Engineering (Switzerland), Humboldt Research Award (Germany), Canada Chemical Society Medal (2017 and the 2009 L'Oreal-UNESCO Award “For Women in Science” (given to 5 laureates in the world). She is a University Professor, the University of Toronto, the highest distinction in recognition scholarly excellence, given to <2% of Faculty of the University. She is a Fellow of the Royal Society of Canada and Royal Society (U.K.) Eugenia Kumacheva's public service includes her work in the Macromolecular Science and Engineering Division (NSERC Canada), Vanier-Banting Selection Board (NSERC Canada), and National L’Oreal-Unesco “Women in Science” selection committee. She is an editor or on advisory boards of several scientific journals. She serves on Science Foundation review panels for U.S.A., Ireland, Germany, the Netherlands, Israel and Switzerland.  She serves on scientific advisory boards for the Waterloo Nanoscience Institute (Canada), Triangle Materials Science Center and Brookhaven National Laboratory (USA), RIKEN Institute (Japan), Freiburg Institute for Advanced Studies and Max Planck Institute for Polymer Research (Germany), Leibnitz Institute (Germany), international review panel for the L'Oreal-Unesco Award and the European Union Science Council and membership of the  member of the New Fellows Sectional Committee of the Royal Society (UK).