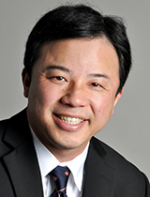 Metamaterials are artificial composite structures that lead to many exciting applications beyond nature such as imaging objects below the diffraction limit, optical clocking, sensing and communications. Traditional metamaterials are considered as “hard” materials that structural units cannot be tailored after their formation which limits their material responses and applications. It remains a critical and unsolved problem to design “soft metamaterials” that can spontaneously self-adapt to changes in the source wavelength or the environment.

We explore “soft metamaterials” with building blocks that have a strong propensity for self-assembly/re-assembly. In this regards, the structure units can be artificially evolving during the formation of soft metamaterials. Particularly, we explore the self-feedback mechanism between structures and properties for self-selective assembly of complex metamaterial nanoarchitectures with tailored symmetries. We expand structural design using soft metamaterial approach to achieve isotropic negative index metamaterials and Brownian optical imaging. We also explore approach for realizing bandgap materials that reside far from equilibrium and emerge enslaved to an external drive. Experimental results are providing supports as well as new insights into such new type of soft metamaterials that facilitate self-responsive material applications.

Xiang Zhang is the inaugural Ernest S. Kuh Endowed Chaired Professor at UC Berkeley and the Director of Nano-scale Science and Engineering Center (NSEC). He also served as the Director of Materials Science Division at Lawrence Berkeley National Laboratory (LBNL).

Professor Zhang is an elected member of US National Academy of Engineering (NAE), Academia Sinica (Taiwan, Republic of China), foreign member of Chinese Academy of Sciences, and Fellow of four scientific societies: APS (The American Physical Society), OSA (The Optical Society of America), AAAS (The American Association for the Advancement of Science), and SPIE (The International Society of Optical Engineering).

Professor Zhang received Ph.D from UC Berkeley (1996) and MS from University of Minnesota and MS/BS from Nanjing University, PR China. He was an assistant professor at Pennsylvania State University (1996-1999), and associate professor and full professor at UCLA (1999-2004) prior joined Berkeley faculty in 2004.

Professor Zhang’s current research focused on materials physics, metamaterials and nano photonics. He has published over 300 journal papers including over 80 publications in Science, Nature series, PNAS and Physical Review Letters. He has given 320 Keynote, Plenary and Invited talks at international conferences and institutions. He served as a Co-Chair of NSF Nanoscale Science and Engineering Annual Grantee Conferences in 2004 and 2005, and past Chair of Academic Advisory Board for Research Center for Applied Science (RCAS), Academia Sinica, Taiwan, ROC.

In 2008, Professor Zhang’s research has been selected by Time Magazine as one of “Top Ten Scientific Discoveries of the Year” and “50 Best Inventions of the Year”, Discover Magazine’s “Top 100 Science Stories” in 2007, and R&D Magazine’s top 25 the Most Innovative Products of 2006. His research was frequently featured by international media including BBC, CNN, ABC, New York Times, and Wall Street Journal.

Professor Zhang is a recipient of NSF CAREER Award (1997); SME Dell K. Allen Outstanding Young Engineer Award (1998) and ONR Young Investigator Award (1999). He was awarded Chancellor’s Professorship by UC Berkeley (2004-2009), Distinguished Lecturer by University of Texas at Austin in 2004 and SEMETECH in 2005, respectively, Rohsenow Lecturer at MIT (2009) and William Reynolds Lecturer at Stanford (2012). In 2011, he was awarded Fred Kavli Distinguished Lectureship by Materials Research Society (MRS), Miller Professorship by UC Berkeley, and Distinguished Visiting Scientist (DVS) by the University of Toronto. He was awarded Fitzroy Medal in 2014 for pioneering contributions in metamaterials and superlens, Charles Russ Richards Memorial Award in 2015, Max Born Award from Optical Society of America in 2016, the Julius Springer Prize for Applied Physics in 2016, Distinguished Chinese American Scientist Award in 2016, and A. C. Eringen Medal from Society of Engineering Science in 2017.