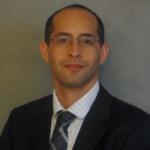 Complex, nonlinear dynamical systems are pervasive across many Army relevant scientific disciplines, including turbulence, robotics, and reconfigurable active matter. Typically, our engineering objectives are to control the dynamics. However, our inability to achieve these objectives for a variety of high-dimensional dynamical systems is due to a lack of mathematical tools to describe underlying salient, particularly when it comes to control of such systems. This talk focuses on the Koopman theoretic based spectral decomposition perspective for extracting these features.

In the first part of the talk, we demonstrate how external forcing (e.g. control) can be accounted for in the form of a parametric term added to the Koopman operator of the unforced system. By using the simple fluid dynamics example of streamwise oscillating flow over a cylinder, we establish an analogy with parametrically excited Hopf bifurcations. Quite unexpectedly, we happened upon a peculiar phenomenon that is not quite chaotic, not quite quasi-periodic, and not quite intermittent. We establish the theoretical underpinnings for this phenomenon, that we name Quasi-periodic Intermittency and we discuss the implications across a variety of physical systems. In the second part of the talk, a fractional calculus perspective of complexity will be introduced to generalize Koopman based spectral decompositions to systems with memory as a first step toward dealing with truly complex systems. The analysis leads to modes whose temporal behavior is anomalous and lacks a characteristic scale. The approach we propose may uncover inherent memory effects that would otherwise be obscured by conventional spectral methods.

The talk will conclude with a discussion of new follow-on research thrusts ranging from control for adaptive, reflexive robotic mobility to self-organized adaptation and reconfiguration of active matter systems. In addition, opportunities for students (undergraduate and graduate) and faculty to engage with the U.S. Army Research Laboratory will be discussed.

Dr. Bryan Glaz is a Research Engineer and Lead for the Interdisciplinary Mechanics Group at the U.S. Army Research Laboratory (ARL). He received Ph.D. and M.S. degrees in aerospace engineering from the University of Michigan, as well as a B.S. degree from the University of Florida. Prior to joining ARL in 2010, Dr. Glaz was an NSF Alliance for Graduate Education and the Professoriate Postdoctoral Research Fellow at the University of Michigan. As the Lead for the Interdisciplinary Mechanics Group in the ARL Vehicle Technology Directorate, Dr. Glaz leads exploratory basic/applied research efforts that cut across many of the disciplines associated with mechanical and aerospace engineering; namely fluid mechanics, structural mechanics, nonlinear dynamics, and applied mathematics. Many of these research thrusts are directed at enabling new capabilities for next-generation Army air vehicles, while others are focused on initiating Army science & technology efforts in emerging fields. In addition to his current roles in ARL, Dr. Glaz served as the Senior Campaign Scientist for ARL’s Sciences for Maneuver Campaign, the ARL Rotorcraft Aeroelasticity Lead, and the Army Research Office's Fluid Dynamics Program Manager. He is a recipient of the ARL Director’s Research Initiative Award for research that embodies innovative & potentially revolutionary concepts outside of ARL’s core program, an AIAA Associate Fellow, an Associate Editor for the Journal of Aircraft, and a member of the AIAA Structural Dynamics Technical Committee.