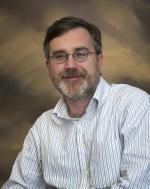 Lithium ion batteries find ubiquitous use in mobile devices such as smartphones, tablets and laptops, and are being increasingly considered for use in both transportation and Smart Grid applications.  In all of these applications, there is a demand for higher capacity, faster charging rate and improved safety.  In this presentation, I will overview how we use transmission electron microscopy to understand two critical process that occur in the cathode end of a lithium ion battery, all via atomic-scale characterization.

In the first portion of the talk, I will describe how we can use real time microscopy to watch the lithiation of several different metal oxide materials, and show how this can help understand both the mechanism by which lithium transports into the material, as well as how these mechanisms relate to e.g. rate capacity and capacity fading.  In the second half of the talk, I will talk about the process by which layered oxide materials (such as those used in the Tesla) experience strong oxygen loss during phase transitions, which we implicate in the catastrophic failures seen in those materials.

Finally, I will take at least a couple of minutes to talk about my own personal pathway from an undergraduate degree in M.E.M.S at Duke, to a career that has included being a research scientist, an entrepreneur as well as a professor in materials science and engineering.

Eric Stach is a Professor in the Department of Materials Science and Engineering at the University of Pennsylvania. He received his B.S.E. at Duke University in 1992, M.S.M.S.E at the University of Washington in 1094, and a Ph.D. in Materials Science and Engineering from the University of Virginia in 1998 and an M.B.A. from Stony Brook University, expected in 2018. He has held positions as Staff Scientist and Principal Investigator at the National Center for Electron Microscopy at the Lawrence Berkeley National Laboratory, as Associate then Full Professor at Purdue University and as Group Leader and Scientist at the Center for Functional Nanomaterials (CFN) at the Brookhaven National Laboratory. He is also a co-founder and Chief Technology Officer of a nanotechnology firm, Hummingbird Scientific.