MEMS Seminar: Isolation and Enrichment of Rare Cell Populations Based on Their Dielectrophoretic Signature 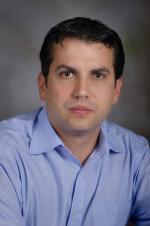 In the presence of an electric field, biological cells become polarized. This biophysical response can be used to transport cells in a non-uniform electric field through a phenomenon known as dielectrophoresis. Utilizing this phenomenon, we have invented a microfluidic-based technology known as contactless dielectrophoresis (cDEP) to isolate rare cells of interest. Advantages of cDEP over other cell sorting methods include elimination of extensive sample preparation and rare cell enrichment while maintaining cell viability. Cancer stem cells (CSCs) are a finite population of cancer cells possessing the ability to transplant a new tumor from an existing one and are responsible for the metastatic properties of tumors. Isolation of CSCs is the first step toward understanding their role in pathogenesis and cancer progression and is essential for development of improved therapies. We characterized the dielectrophoretic response for collecting and culturing CSCs and found it to be significantly different from that of non-CSCs. As opposed to approaches that rely on biomarkers and biochemical methods to isolate rare cells, this is the first CSC isolation strategy relying on the biophysics of the cell rather than its genotype. Non-invasive phenotypic methods to detect and enrich cells independent of their genotype are critical for early diagnostic and treatment purposes including stem cell therapy, circulating tumor cell detection, and isolating bacteria from blood. Additionally, I will discuss our use of biotransport principles to develop technologies licensed to four companies ranging from small start-ups to large corporations with applications in tissue engineering, medical device design, and focal cancer therapy.

Rafael V. Davalos is the L. Preston Wade Professor in the Virginia Tech – Wake Forest University School of Biomedical Engineering and Sciences and Department of Biomedical Engineering and Mechanics. He also holds Adjunct Appointments in Mechanical Engineering, the Wake Forest Comprehensive Cancer Center, and at the Wake Forest Institute of Regenerative Medicine. Dr. Davalos has 14 issued patents, which have been licensed to 4 companies. He serves on the editorial board for the ASME Journal of Medical Devices and IEEE Transactions on Biomedical Engineering. Dr. Davalos received his BS from Cornell University and his MS and PhD from the University of California, Berkeley. Prior to his career as a faculty member, Davalos was a Principal Member of Technical Staff at Sandia National Laboratories. In 2012, he received the award for the Most Outstanding Dissertation Advisor at Virginia Tech. In 2014, Dr. Davalos received the Virginia Tech ICTAS Innovator Award and the Innovator award at TechNite 2014. His invention for non-thermal ablation was listed in NASA Tech Briefs as one of the top 7 technological breakthroughs of '07 and has been used to treat over 5000 people with cancer. He has over 80 peer-reviewed articles, 8 book chapters, and 8 journal/book covers with an h-index of 38. Dr. Davalos is the recipient of the 2006 HENAAC award for the Nation's Most Promising Hispanic Engineer, the NSF CAREER, and was named a Wallace H. Coulter Fellow and an ASME Fellow.