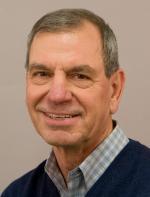 Although Therapeutic Ultrasound has a long history, and great promise for effecting noninvasive surgery, its commercial and clinical application has been met with only modest success, and even now, its acceptance is not widespread. As one who has had an interest and an involvement in this field for many years, I encouraged our group to explore possibilities for the translation of what I believed was promising technology.  As a life-long academic, I soon discovered that there is a huge cultural difference between those in academics—who believe in the open and free exchange of information, and those in business, where proprietary information is paramount.  Over the last 25 years, I have been involved in several attempts to commercialize various aspects of therapeutic ultrasound, and have met with many failures and only a few successes.  In this lecture, I will discuss several technologies that seemed to have high promise, and the difficulties that were encountered with moving these technologies from the university research labs to the commercial and clinical marketplace.

Dr. Lawrence A. Crum is currently Principal Physicist and Founder/Former Director of the Center for Industrial and Medical Ultrasound in the Applied Physics Laboratory, and Research Professor of Bioengineering and Electrical Engineering at the University of Washington. He has published over 200 articles in peer-reviewed professional journals, holds an honorary doctorate from the Universite Libre de Bruxelles, and was awarded both the Helmholtz-Rayleigh Silver Medal and the Gold Medal of the Acoustical Society of America - its highest honor.  He was a co-founder of the International Society for Therapeutic Ultrasound, served as its President from 2009-2012, and was awarded its Fry Medal in 2013.  He is Past President of the Acoustical Society of America, the Board of the International Commission for Acoustics, and the World Council on Ultrasonics.  He has been a co-founder of several bio-tech companies in the state of Washington.