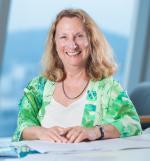 The most complex and difficult problems in fluid dynamics involve transitions among what seem to be relatively stable states. In turn, one of the most complex and intriguing sequences of fluid transitions is the series of changes in the behavior of an energetic reactive flow that occurs as a small spark, often ignited quite accidentally, evolves into a powerful supersonic wave, a detonation. These reactive-flow transitions are critical elements in the working of systems ranging from engines for propulsion, to accidental fuel explosions, to explosions of thermonuclear supernova, and arguably to the primal explosion that created the universe. This presentation will use results from a combination of numerical simulations of unsteady, multidimensional, compressible reactive flows, theoretical analyses, laboratory experiments, and even devastating large-scale accidents in an attempt to determine when and how such transitions occur. The emphasis is on interactions of shocks and turbulence when energy is released locally into the fluid system. If time allows, a very different kind of transition will be described, one that proceeds from a fire whirl (a turbulent vortical reacting structure similar to a tornado) to an essentially laminar, newly discovered state, the “blue whirl.”

Elaine S. Oran is the Glenn L. Martin Institute Professor at the University of Maryland and Professor of Aerospace Engineering. She also hold affiliate positions at the University of Maryland in Mechanical Engineering, Fire Protection Engineering, the Institute for Physical Sciences and Technology, and she is emerita Senior Scientist for Reactive Flow Physics at the US Naval Research Laboratory (NRL). In addition, she is currently an adjunct professor of Aerospace Engineering at the University of Michigan and visiting professor at the Institute of Advanced Studies at Hong Kong University of Science and Technology.  She received an A.B. in chemistry and physics from Bryn Mawr College and both a M.Ph. in Physics and a Ph.D. in Engineering and Applied Science from Yale University. Her recent research topics include: chemically reactive flows, turbulence, numerical analysis, high-performance computing and parallel architectures, shocks and shock interactions, rarefied gases, and microfluidics, with applications to industrial explosions, combustion, propulsion, and astrophysical explosions. She is a member of the National Academy of Engineering, an Honorary Fellow of the American Institute of Aeronautics and Astronautics, and a Fellow of the American Physical Society, the Society of Industrial and Applied Mathematics, and the American Society of Mechanical Engineers. She holds honorary doctorates from Ecole Central de Lyon, Leeds University, and the Institute National des Sciences Appliquee Rouen, and has received a number of prizes and medals for her technical work, including the Zeldovich Gold Medal of the Combustion Institute, the Fluid Dynamics Prize of the American Physical Society, and the Dryden Lectureship of the American Institute of Aeronautics and Astronautics.