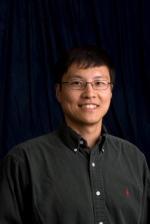 Optical detection and imaging have wide applications.  With continuing miniaturization effort to realize integrated microsystems, micro-scale optical components become more and more important.  On the other hand, natural visualization systems provide many intriguing optical designs and unique properties, which serve a great source of inspiration for micro-optical devices and systems.  In this talk, I will present our work on bio-inspired micro-scale components and resultant imaging systems.  I will first introduce a few types of microlenses and microlens arrays, including tunable liquid microlenses actuated by temperature-, pH- and infrared light-responsive hydrogels, and through electrowetting and dielectric force.  I will also discuss about artificial compound eyes mimicking reflecting superposition compound eyes found in some decapods, as well as all-optical photosensitivity enhancer inspired by the retina of elephant nose fish.  I will show a few examples of microcameras integrating these optical devices. My talk will also include a few examples of biomedical applications, including endoscopes, laparoscopes, remote axial focusing for 3D microscopy, and accommodative contact lens for presbyopia correction.

Hongrui Jiang received the B.S. degree in physics from Peking University, Beijing, China, and the M.S. and Ph.D. degrees in electrical engineering from Cornell University, Ithaca, NY, in 1999 and 2001, respectively. He was a Postdoctoral Researcher at the Berkeley Sensor and Actuator Center, University of California-Berkeley, Berkeley, from 2001 to 2002.

He is currently the Lynn H. Matthias Professor in Engineering and the Vilas Distinguished Achievement Professor at the University of Wisconsin – Madison. He is with the Department of Electrical and Computer Engineering, and is also a Faculty Affiliate with the Departments of Biomedical Engineering and Ophthalmology and Visual Sciences, a faculty member of the Materials Science and Engineering, and the McPherson Eye Research Institute.  His research interests are in optical MEMS, bioMEMS, biological and chemical microsensors, microactuators, smart materials and micro-/nanostructures, lab on a chip, and biomimetics and bioinspiration.  He has written a monograph, one book chapter, and edited two books. He has more than 180 peer reviewed publications and twelve issued patents. He is a member of the Editorial Board of the Journal of Microelectromechannical Systems, International Journal on Theoretical and Applied Nanotechnology, and Micromachines.