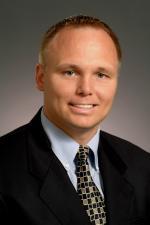 Application of an electric field across skeletal muscle causes muscle contractions that produce limb movement. Clinicians have long prescribed electrical stimulation as a means to strengthen muscle; however, clinicians have had a growing interest in electrical stimulation to evoke coordinated limb motions for functional tasks such as cycling. Motivation for such a cybernetic system includes advanced rehabilitative outcomes (i.e., neuroplasticity and restoration of function) for individuals with neurological disorders. A challenge to developing these outcomes is that muscle activation dynamics are uncertain and nonlinear, and the dynamics of limb motion also require the coordinated switching among multiple muscle groups. Moreover, artificial stimulation of the muscle is highly inefficient, leading to rapid muscle fatigue, which can limit the therapeutic outcomes. This talk focuses on how perspectives from and advances in robotics / automation / control systems can be used to overcome these challenges. Underlying theories and experimental results for various closed-loop electrical stimulation methods will be described including recent advances in cybernetic cycling where a robotic bicycle is combined with an electrically stimulated person to facilitate various rehabilitative objectives. The talk will also describe how such control systems tools can be generalized to address challenges in autonomous systems such as intermittent feedback.

Prof. Warren Dixon received his Ph.D. in 2000 from the Department of Electrical and Computer Engineering from Clemson University. He was selected as a Eugene P. Wigner Fellow at Oak Ridge National Laboratory (ORNL). In 2004, he joined the University of Florida in the Mechanical and Aerospace Engineering Department. His main research interest has been the development and application of Lyapunov-based control techniques for uncertain nonlinear systems. He has published 3 books, an edited collection, over a dozen chapters, and over 125 journal and 230 conference papers. His work has been recognized by the 2015 & 2009 American Automatic Control Council (AACC) O. Hugo Schuck (Best Paper) Award, the 2013 Fred Ellersick Award for Best Overall MILCOM Paper, a 2012-2013 University of Florida College of Engineering Doctoral Dissertation Mentoring Award, the 2011 American Society of Mechanical Engineers (ASME) Dynamics Systems and Control Division Outstanding Young Investigator Award, the 2006 IEEE Robotics and Automation Society (RAS) Early Academic Career Award, an NSF CAREER Award (2006-2011), the 2004 Department of Energy Outstanding Mentor Award, and the 2001 ORNL Early Career Award for Engineering Achievement. He is an ASME Fellow and IEEE Fellow, an IEEE Control Systems Society (CSS) Distinguished Lecturer, and served as the Director of Operations for the Executive Committee of the IEEE CSS Board of Governors (2012-2015). For his service to the U.S. Air Force Science Advisory Board ((2012-2016), he was awarded the Air Force Commander's Public Service Award.