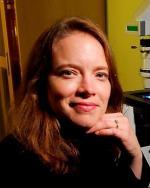 Oligonucleotide aptamers are single-stranded sequences that exhibit high affinity and specificity for a particular non-nucleotide target including, but not limited to small molecules, proteins, and even whole cells. Aptamers are conventionally identified using a multi-round screening approach called "Systematic Evolution of Ligands by Exponential Enrichment" (SELEX) in which a pool of approximately 109 random candidate sequences is continuously enriched with amplified copies of “winning” sequences or adsorbates from prior selection rounds. While SELEX has revolutionized the discovery of numerous DNA and RNA-based aptamers for a variety of targets and dominated the field for over two decades as a screening approach, we have developed a non-SELEX screening approach to identify single-stranded DNA aptamers for gold substrates. One of the key differences in our competition-based screening approach is the elimination of intermittent, time-intensive elution and amplification steps of random sequences that (1) can introduce undesirable side products (e.g. partially elongated duplexes) into the candidate pool and (2) bias the candidate pool towards early winners that may simply outnumber higher affinity aptamer candidates introduced at later selection rounds. Following aptamer selection against our gold-based target (e.g. planar crystalline gold, gold nanospheres, gold nanorods) we then evaluate sequences to identify base segment consensus as well as shared structural elements such as hairpins, internal loops, and multi-branched loops to reveal any shared patterns among ~20 identified aptamer sequences for a given gold target. Lastly, we rank our aptamer sequences in terms of their frequency as a bound species using a high throughput sequencing method known as “deep sequencing.” As aptamers continue to be pursued as potential analogs and even substitutes for antibodies and other ligands in the broader materials community, we continue to adapt our unconventional screening approach to hopefully enable faster and easier aptamer identification for a rich range of material targets.

Valeria Milam received her B.S. in Materials Science and Engineering with Honors from the University of Florida in 1993. She specialized in metallurgy and also received a minor in Portuguese. For her doctoral studies at UIUC, she explored the phase behavior, structure and properties of nanoparticle-microsphere suspensions and reported a novel colloidal stabilization mechanism called nanoparticle “haloing.” Her postdoctoral work at the University of Pennsylvania focused on DNA-mediated colloidal assembly. She joined the faculty at Georgia Tech in July 2004 as an assistant professor in the School of Materials Science & Engineering and was promoted to associate professor in July 2011. Current research efforts in the Milam group focus on oligonucleotides (1) as isothermal colloidal assembly and disassembly tools and (2) as synthetic ligands called aptamers that bind in a strong, but noncovalent manner to nonnucleotide targets. Her honors include a Georgia Cancer Coalition Distinguished Scholar Award, CETL/BP Teaching Award, AFRL Summer Faculty Fellowship, NSF CAREER, and 3M Nontenured Faculty Award.